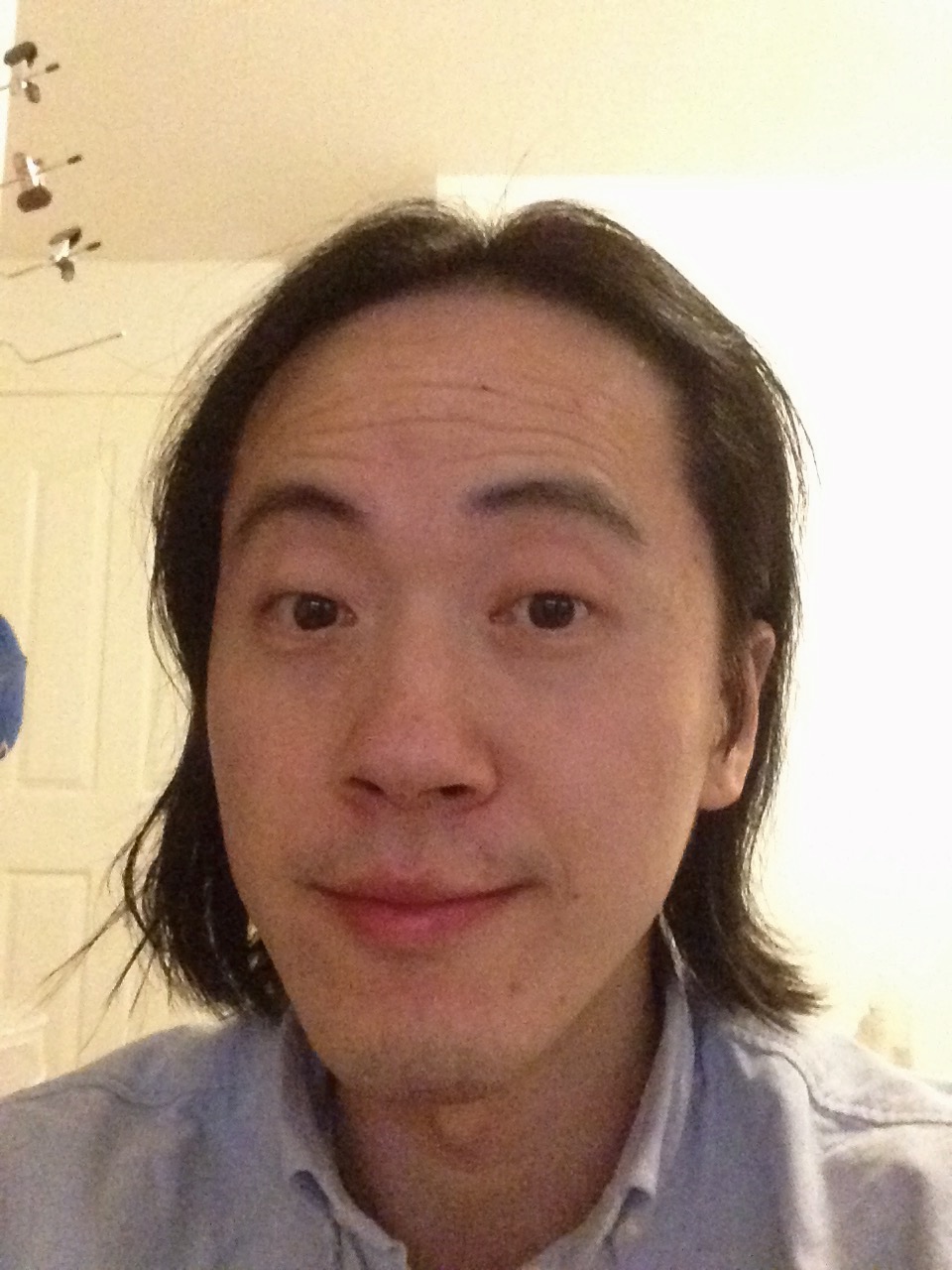 Why do we even need this ?

Why use Open ID connect (OIDC) with Github Actions and AWS in the first place ?

The real reason comes down to security of the AWS credentials for accessing our infrastructure resources.

Before OIDC, the best approach was to store the credentials in a secrets store (ie Github Vault).

In addition, these credentials tend to be long lived and do not expire (which can be problematic if the token is leaked).

How does Open ID Connect solve this problem ?

OIDC changes the flow by establishing a trust relationship between our cloud provider (AWS) and Github Actions.

Once configured, a JWT token is generated when the a Github Actions job runs.

This token allows us to authenticate and authorize with AWS to obtain a temporary credentials (Access ID and Secret) based on a certain assumed role.

These credentials are short lived that become invalid upon expiry and will also expire after the Github Actions job is finished.

So, even if the token gets leaked, the hacker won’t be able do anything with the credentials.

In addition, with a JWT, which is the mechanism used by OIDC, you can also achieve more granularity in the authentication and authorization process checking the token’s claims.

Here is a presentation slide to get a gist of this flow:

When using Open ID Connect with AWS and Github Actions, you will most likely be using the custom actions provided by AWS - aws-actions/configure-aws-credentials.

It provides options you can give it which will help you setup your CI/CD environment to have the correct AWS Access ID and secrets.

Now you may be wondering what actually happening behind the scenes between Github Actions and AWS ?

This is what we will be covering today.

We will dive deeper into what happens behind the scene to understand this exchange process and also dive into the code paths.

Let’s take a look credential exchange process happening behind the scene at a high level.

Assuming our trust relationship is setup between AWS and Github Actions, when we run our actions, it will need to make an authentication request to AWS to return the temporary credentials. 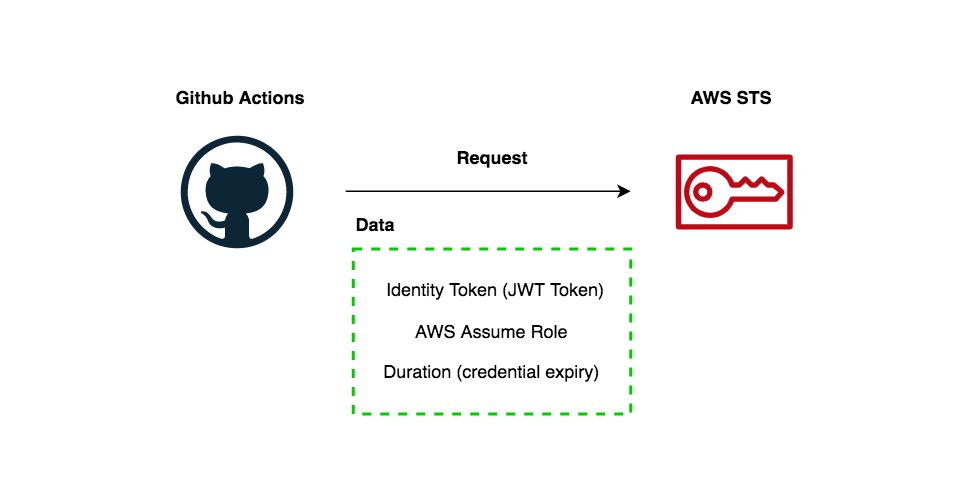 The request consists of these three core parameters:

Note: There are other options in this API call (assume role), see assume-role-with-web-identity for other options.

Within the context of AWS, each role can have specific permissions, and when we assume a role, we are granted permissions within the scope of that role.

If the Github Actions is authenticated and is able assume that role, then they will have permission to perform actions within that scope.

For example, this can mean accessing certain API on a Lambda function or a S3 bucket.

Example of the CI/CD role for AWS Lambda:

The “Assume Role” process is as follows:

Important: The temporary credentials only have permissions to perform actions according to the scope of permissions on the role assumed.

Once the request is authenticated and a role is assumed, AWS will return temporary credentials as a response from this request.

Then, the custom action - aws-actions/configure-aws-credentials will set these credentials in our Github Actions environment.

Dependings on the role, it will allow us to make API calls to certain AWS resource if granted. 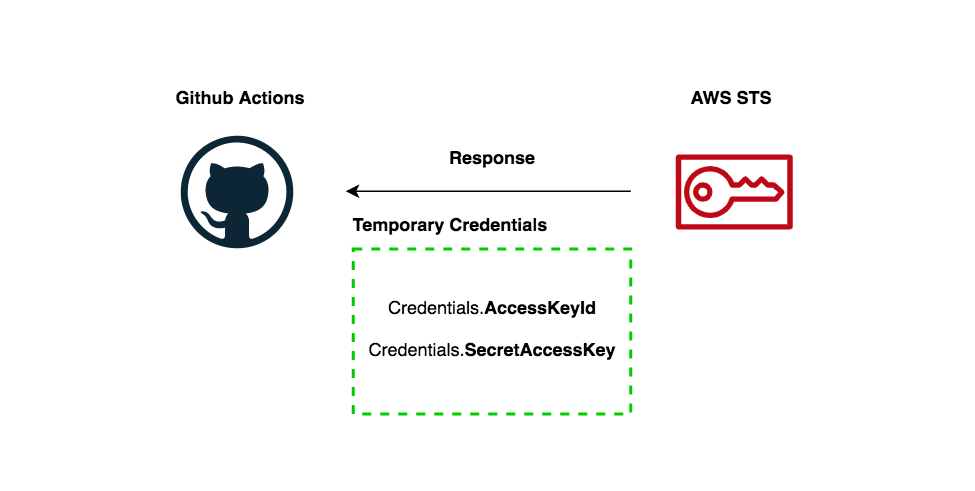 Here is an example of the Github actions configuration using the custom action - aws-actions/configure-aws-credentials.

Here is a deeper dive into the code itself which is really just leveraging the AWS JS SDK and Github Actions core toolkit.

I’ve highlighted three key steps for this custom action - aws-actions/configure-aws-credentials which are gathering inputs, assuming the role, and exporting the credentials.

That’s it. I hope that helps to clear up the credential exchange process happening behind the scene when you are using Open ID Connect with AWS and Github Actions.